My dad got me an ARDX Experimentation Kit for Arduino for my birthday. I just finished all the 13 experiments and I have to say it is a pretty awesome kit and a good introduction to the Arduino. The kit comes with a variety of input and output components/devices including:

Also included are some transistors, resistors, diodes, etc. After you finish going through the experiments this gives you a good head start once you decide to build your own project.

Another bonus to the kit is that is comes with a custom cut piece of clear acrylic to mount the included Arduino and a bread board. There are wiring sheets you can cut out and overlay on the bread board but I didn’t find these necessary.

Code for most of the projects can be found online at the URLs mentioned in the instructions with the exception of the last two experiments. For the RGB LED experiment I could not find the code online and I had trouble with the code printed in the manual. I had to make the color arrays regular variables instead of constants to get the code to work for me. I could not find the force sensor code online either but the code printed in the manual worked and was pretty trivial to enter.

Overall I have to say this is a great kit for someone that would like to learn how to use Arduino to interface with real world devices. The ARDX kit comes with many electronic components and breadboard wires. More than needed to complete all the experiments.

The Arduino comes packaged in an interesting little box. A 9 volt battery clip and power plug are included so you can run your Arduino without a USB connection for power. The manual is complete with a description of all the components, and 13 experiments. One experiment uses the Arduino in combo with a transistor to control a small toy/hobby motor. Code is included to shut the motor on and off and run the motor at different speeds. Experiment 5 shows you how to use a shift register to effectively add many more digital outputs to the Arduino. An RGB LED experiment demonstrates how to combine the base colors to create additional colors. Experiment 13 demonstrates how to use a pressure sensor with the Arduino. The Arduino increases the brightness of an LED as more pressure is applied.

I wanted a quick, easy to build robot kit to get back into electronics and robotics. I ask for a Herbie the Mouse Bot for Christmas and sure enough I got one. It was a fun kit to build and went together in a little over an hour.

You start off with a PC board…

… and a handful of components…

You break apart the PC board which serves as a PC board and a body for the mouse which, is pretty cool.

The PC boards join together via several solder joints. Tape is used to keep everything together until you are done soldering. A smaller board that holds the 9 volt battery connector helps keep the three main sides together. By the time you are done soldering all the joints it is a pretty sturdy little robot.

The whiskers and tail activate a relay when bumped so the mouse will backup to avoid getting stuck. I taped the relay down while I soldered it in.

Herbie is an interesting robot because it uses a simple analog IC, the LM386, to do something you might think requires a much more complicated digital circuit or micro-controller/processor:

We don’t have much open bare floor in the house and it moves quite fast so it was a bit of a challenge to keep it under control without hitting too much:

The Herbie Kit is well engineered and fun to assemble. I give it five stars and recommend it as a good first robot kit.

I have started to take a renewed interest in electronics again lately and wanted to get a good soldering station to work with. I have a couple fixed wattage irons I use for my RC plane wiring but I wanted something adjustable with a variety of alternative tips available.

I ordered a Weller WLC100 and it is working pretty well for me so far. I also ordered some smaller conical and screwdriver tips that make it easier to solder smaller components and connections. One of the reasons I went with the Weller is because it is a relatively well know brand and I know I will be able to find tips for it.

There are more expensive solder stations that have digital controls and displays but I decided that an analog control was adequate. After using the station for a bit I am pretty happy with the analog control. The amount of heat transferred is so strongly dictated by the conduction of heat between the iron and the component/pad that I don’t know that such temperature precision makes much difference for most hobby uses. If you just tin the tip of your iron with a little bit of solder it will make significantly help with the transfer of heat from your iron to the component/pad you are soldering.

The Weller iron is easy to grip with my fingers and doesn’t get too hot to handle at all. I built a Herbie the Mousebot Kit with it using a .062″ screw driver tip. It was nice to work with and did the job well. I would definitely pick up some smaller tips if you are going to be soldering smaller circuit boards. The screwdriver tip that comes with it is pretty nice but a small tip affords more precision.

I give the Weller WLC100 5 out of 5 stars. It is a good, relatively cheap soldering station with many tips available. Buy one and a couple tips to go with it:

I have received at least one report of a non-working car and the manufacturer has does not seem to have a web site that I can find to get a replacement. I have downgraded my rating to 2 stars accordingly. If you buy one of these make sure you get it from some place you can return it if it doesn’t work.

but the name on the box is “Clamber!!! Master-Hand” by Top Race R/C Series. Although similar, this is not the same as the Spinmaster Air Hogs Zero Gravity Micro Cars

, which are a bit more expensive. It was cheap and cool enough looking that I naturally felt compelled to give it a try.

If you are not familiar with these, they have a vacuum inside that holds them to the wall. The four outer visible wheels are actually fake and just look nice. There are two inner wheels that are not visible (unless you flip it over) that sit against the wall and propel the car.

The switch on the back has three different modes: off, on without vacuum, and on with the vacuum. This way if you just want to run it on the floor you don’t have to turn on the vacuum and waste your charge.

The underside has two strips of fabric that sit against the wall to help maintain the vacuum. There are two intake holes on the bottom and 4 slits in the windows on top for the air output.

The car itself looks pretty cool although the fake tires are a little less than authentic. It comes in three colors: Red

The car does not go too fast but fast enough. It drives similar to a tank because it is actually only using two wheels. To steer, it changes the speed of the wheel on the appropriate side. While you are driving the turn radius is not precise and tends to be a bit large. When you are stopped it will turn on a dime.

As power starts to run down, the vacuum does not hold the car as tightly to the wall as a full charge so sometimes the drives wheels will start to slip and you have to turn around and go in a different direction to get moving again.

Run time on the wall is about 7 minutes although performance slopes off and the car will start loosing its traction around 4 minutes. Even after 7 minutes the vacuum was still strong enough to keep the car on the wall. I didn’t time it but I am guessing run time on the floor without the vacuum on would be quite a bit longer. When you get close to 8 minutes the power will cut off before the battery is drained too far. It uses a built in Lithium-Polymer battery which is probably why a charge last as long as it does for something so light. Charge time is about 10 minutes.

Here are some pros and cons:

Overall I rate the wall climber 3 out of 5 stars. I would give it more stars if the steering were a bit more consistent and it didn’t get “stuck” as often. Overall it was pretty fun but I would say the Microfly is a bit more entertaining just because for about the same price or less, it flies around and that is hard to beat in my opinion.

In a previous post I talked about the Senario Alien Microfly

a bit and in this post I will provide a full review. I gave a few units to some of my family for Christmas so I have flight reports from them as well.

kit comes with a transmitter and the Microfly itself. The transmitter takes 6 “AA” batteries and also serves as the charger for the Microfly. It is pretty small (see the pictures below) and a lot of fun to fly around the house or office.

I put in many, many flights. Each flight is about 5 minutes with a 15-20 charge time. The cats gave it a few taste tests but mostly they like to just stalk it as it flies around the living room. 😉 I bought 5 of these for myself and my family for Christmas and all of them worked out of the box. Here is a list of pros/cons:

Overall I give the Microfly 3 out of 5 stars. I would easily rate it higher if it maintained its power after extended use. I don’t know if the built in battery has just been recharged too many times or if the motor is reaching the end of it’s life since it is so tiny and spins at such high RPMs. Despite this, I would say it is easily worth the price and would recommend it to anyone that enjoys RC toys.

Note: If you don’t see a video click here. 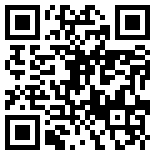